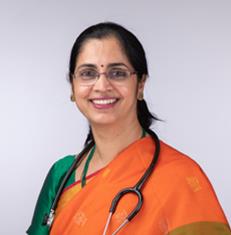 Did you know that cervical cancer is not hereditary? A lot of people believe in this myth and it is precisely these misconceptions that we wanted to address with our cervical cancer awareness campaign.

An estimated 122,844 cervical cancer cases are recorded every year in India and this number might be an underestimate as many cases remain undiagnosed in rural and impoverished

areas. Experts estimate that approximately 1 in 53 Indian women will get cervical cancer during their lifetime and currently, India accounts for nearly one-third of the global cervical cancer

January has been designated as cervical cancer awareness month worldwide and on this account, let’s look at some pertinent information about this disease. Cervical cancer is an abnormal tissue growth in the cells of a woman’s cervix and most cases are caused by the sexually-transmitted human papillomavirus (HPV), which is preventable by taking the HPV vaccine. Cervical cancer develops very slowly over the course of many years. If the changes in the cervical cells are found in the early stages, it can be diagnosed and treated. If not, the cancer cells will spread to other parts of the body and it will become deadly.

You might be at higher risk for cervical cancer, if you:

● Have a weakened immune system

● Have a sexually transmitted disease (STD)

There are a few ways to reduce the risk of cervical cancer and we can do our part by getting regular health checkups, especially between the ages of 30 and 39 as statistics inform that women of these ages account for the majority of cervical-cancer related deaths in India. A regular health checkup often involves a Pap smear test. It is a routine cervical cancer screening procedure and women should get a Pap test regularly from the age of 21.

In general to reduce cervical cancer risk, the recommendation is that if you are:

● Older than 65 years old, you may not need Pap tests anymore.

There is also another myth that if you have HPV, you will get cervical cancer. That’s not true. Usually, HPV clears up from our immune system by itself. In a small number of women, the virus stays in the body and over time causes cervical cancer.  says Dr. KL Poornima, MBBS, DGO, DNB (Obstetrics & Gynecology) Ankura Hospitals for Women &  Children says, “You can safely take the HPV vaccine until the age of 26 years old. You can speak to your doctor about the vaccine, as its administered on a case by case basis.”