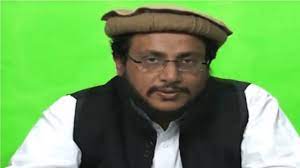 Ministry of Home Affairs in a notification said, Hafiz Talha Saeed has been actively involved in recruitment, fund collection, planning and executing attacks by Lashkar-e-Taiba in India and Indian interest in Afghanistan.

The Ministry said, Hafiz Talha Saeed has been actively visiting various LeT centres across Pakistan and during his sermon propagates jihad against India, Israel, United States of America and Indian interest in other western countries.