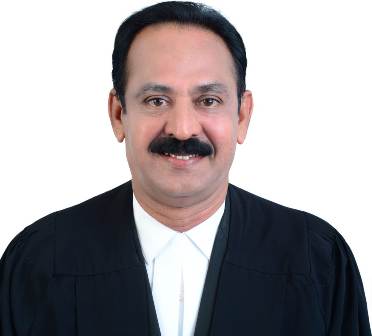 In this part (3) of the conversation between our editor Suresh Unnithan and public prosecutor Adv. Salahudeen points out the need for necessary and proper court experience for the court officers heading the lower courts (muniff/magistrate).  Like many other senior lawyers he also strongly feels there are chances for critical errors happening from the judicial officers which will prove critical in delivering justice to the aggrieved.  He also feels IPC sections like 498A and 354 are increasingly misused.  Excerpts:

The Fairness of judgments, mostly those from the lower courts, is often criticized. Any substance in such contentions?

Let me be candid to admit that there are such incidents reported on court decisions, mostly from the lower courts.  I should say, court experience is vital for any judicial officer.  Currently fresh law graduates with little or no court experience are appointed as magistrates through a prescribed selection process.   For effective and proper functioning and delivery of justice the judicial office in charge needs to have necessary and sufficient court experience.  The law degree is just an educational qualification. But practical knowledge is a must to handle court cases properly. The Munsiff/Magistrate position is a critically important position in the entire judiciary. This post holds discretionary judicial powers. This post can be treated as the foundation of our judicial system.   There are instances of inexperienced judicial officers committing classic blunders. I know, a munsiff dismissing a suit of a plaintiff because the defendant did not file a written statement. This is hilarious and a serious error from that judicial officer. So, I feel a minimum of five years of court experience should be made mandatory for munsiff/ magistrate posts.

Court experience means practicing as a lawyer in the court. In fact, previously court experience was a must for judicial officers. Initially it was seven years and then it was reduced to five year and then to three and now no experience is needed for the appointment. Various lawyers’ forums have taken up this issue with the administration. Indian Association of Lawyers (IAL) has submitted multiple representations to the concerned authorities to rectify this anomaly. Let me reiterate the lawyers have serious concerns on judicial officers with little or no court experience heading the lower courts.

Don’t you think that many provisions in the IPC and CrPC are misused to settle scores with rivals? For example the Protection of Children from Sexual Offenses Act (POCSO) is misused in many cases.

You are right. But not just POCSO, IPC sections regarding assault on women like 498A, 354, and 376 are grossly misused in many cases. Cases are filed under 498A (domestic violence) for silly reasons. The police may be reluctant to register cases under 498A on suspicious complaints because this section is non-bailable.  The accused in such cases may be the husband and relatives of the husband. If the case is registered the police will have to arrest all the accused.  The accused will necessarily be remanded to jail and could take some time for the accused to come out of jail on bail. To ward off injustice in such false cases the Supreme Court has restricted immediate arrest in 498A cases. The police need to investigate the case and submit the report to the court.  Based on the police report the court will try to amicably resolve the complaint through mediation. There is strong court direction to the police not to go for hasty arrest in such cases.

With respect to 354(outraging the modesty of a woman), in many cases there will not be enough ingredients to establish the section.  The concerned public prosecutor will have to study the case in detail and decide if the case is fit to be charged under that section 354.  The public prosecutor has to ascertain if the offence was committed. If the crime is not established beyond contention the court will grant bail to the accused though the section is non-bailable. The intention to commit the crime should be established and the court should get convinced for denial of any bail application.

What are the hurdles you have come across as a Public Prosecutor in establishing your cases in the court?

Proper and just investigation is a necessary element for delivery of justice in the court. The court relies on evidence and investigations have to bring out necessary and proper evidence. Erroneous investigations, inaccurate police reports, improper or fabricated witness statements could jeopardize the prosecution arguments in the court and tilt the case in favour of the accused.

What do you feel about the mounting pending litigations in the court?

The delay in the trails affects delivery of justice. “Justice delayed is justice denied” is a legal maxim. Recently, referring to the pendency of cases in the courts across the country Chief Justice of the Madras High Court, Hon Justice Munishwar Nath Bhandari said in a public function that judiciary was the last resort for justice for the common man and justice delayed is equivalent to justice being denied. In many cases the trial starts after six or seven years after the occurrence of the crime or filing of the charge sheet.  The inordinate delay in filing charge sheet is also a cause in commencing the trail and delaying justice to the aggrieved.

How do you compare the efficacy of the judicial system and also the investigating agencies of Kerala with other states?

According to me, compared to the rest of the country the functioning of courts in Kerala can be ratified better.  Most of the judicial officers are learned and they thoroughly study the case before coming to any conclusion.

Now coming to the criminal investigating mechanism in the state, as a lawyer I should say that the investigation of the local police can be rated the best compared to any other agency including the central agencies like CBI, NIA or ED. The conviction rate in the cases investigated by the local police is above 84% which is highest in the country and almost double of the national average.

Have you ever experienced any external influence or undue pressure from any quarters in favour or against any particular case or cases?

Of course there are instances of external interference, but I seldom succumb to such forces. I am concerned about my duty as a public prosecutor. I am the prosecutor for the public and not the prosecutor of the police. Let me be candid, I am well aware of my duty and responsibility.  I am appearing for the public.  The accused and the victim, both are from the public. So I believe, as a public prosecutor I need to ensure justice for the victim and at the same time it is my genuine duty to make sure that no innocent is punished.

. Tableau of ‘Sarvajanik Ganpati Mandal’ on the theme of Veer Savarkar’s heroism