Let the kids be free in a world bound in stereotypes 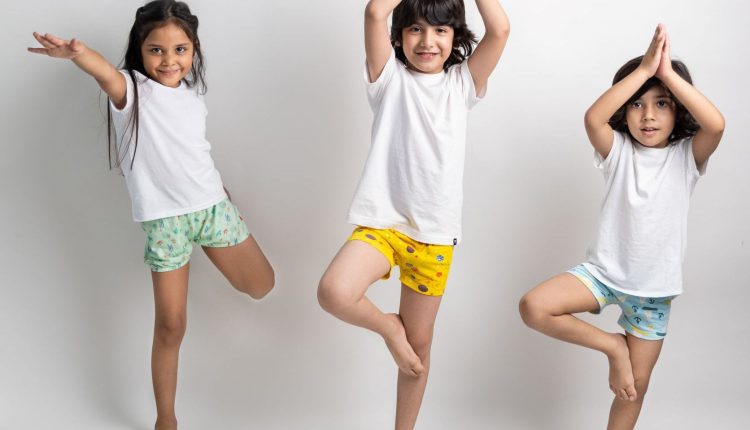 Mumbai: Enter a toy shop asking for a toy and the first question asked is, “Is it for a girl or a boy?” Gender stereotypes are everywhere, from the hues of pink in a girls clothing section and blues in boys section to the range of fairytale inspired stationery for girls and superheroes designs for boys, ballet dance classes for girls and football classes for boys. The differentiation starts even before baby is born with the colors at a baby shower event and then at adulthood, we fight for equality between men and women. Equality of opportunity should start right at birth.

When Pallavi Utagi, the founder of SuperBottoms wanted to launch a line of kids’ underwear, she was clear about one thing – no gender stereotyping in terms of prints, styles of underwear. Her own experience of underwear shopping for her young son opened her eyes. The most popular brands of adult underwear industry have entered the kids’ underwear category with a small size replica of their adult sizes. Pallavi Utagi and her team at SuperBottoms is here to challenge that. As a brand which makes certified safe baby products, comfort and safety of kids are two things which are absolutely uncompromisable.

Pallavi says, “I came up with the concept of introducing the underwear for kids post my shopping stint with my son post his diaper age, I was shocked to see that there was no brand which actually made thoughtfully designed kids’ underwear. The underwear for a 4 year old has a pouch and a dart on the front. Curious, I saw girls’ underwear too and they too replicated adult women underwear styles. Underwear is the most basic however the most used product in a kids’ wardrobe – something that is used 24/7. A kids underwear should meet just one criteria –comfort. They lead very active lifestyles, much higher than adults and their underwear should be able to match upto their lifestyle.”

SuperBottoms collected all kids’ underwear from the market and worked bottoms up by questioning each feature and each stitch of the underwear. The result was India’s softest kids underwear made from a blend of Modal and Cotton. It is the first underwear in India made of certified beechwood Modal, a new age fabric which is made from beechwood pulp – Modal is 3 times softer than cotton and lends ultra-breathability and super stretchiness to the fabric which is so essential for active kids especially in a tropical country like India. Minimalism being the mantra here, the underwear has only no scratchy labels and tags, has minimal stitches ensuring no tugging and no irritation underwear to the little kids. SuperBottoms underwear are unisex upto the age of 4 and have girl and boy styles after that age for their growing bodies in briefs, bloomers and trunks style. The prints of underwear are cute, fun and unisex! The dyes are azo-free which make them safe for the kids.

Bank of Baroda celebrates the grand success of Green Ride