Who should take booster dose of Covid vaccine? 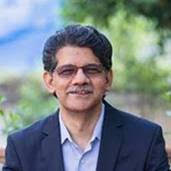 Breakthrough infections are being reported in fully vaccinated people across the world. While we do not know the exact incidence of breakthrough infections, such instances can cause people to lose confidence about the efficacy of the vaccines. People are now resorting to getting themselves tested for the presence of neutralizing antibodies against the spike proteins of the virus to reassure themselves that they have adequate protective immunity.

A question many people are asking is whether they need to take a booster dose of the vaccine if their protective antibody levels are low or not detectable.

We need to understand why some people develop robust antibody responses while other do not.

·       If a vaccine is not maintained as per the recommended cold chain requirement, it may lose its efficacy.

·       As the demand for vaccines is currently far greater than the supply, spurious vaccines are entering the market.

·       Moreover, due to the mounting pressure on manufacturers to honor their supply commitments, the quality control systems may falter during production.

These are some vaccine related factors that underlie variable responses to Covid vaccines.

Lastly, virus related factors also influence the body’s immune response. New variants of the virus are continuously emerging owing to the natural process of mutations. Some of these variants may evade the existing immune response due to mutations in key antigens of earlier variants. For example, the Beta variant that was first detected in South Africa has the ability to evade the immunity conferred by the Astra-Zeneca/ Oxford vaccine. Researchers are continuously evaluating the new variants with reference to the effectiveness of existing vaccines against them, both in lab experiments and in the real world. New guidelines are being formulated by global and national agencies based on the emerging research evidence.

As per the current guidelines, there is no specific recommendation for booster doses, as conclusive evidence in this regard is still being generated. However, there are informal directives for the use of booster doses based on certain hypotheses. People who have an underlying immune system dysfunction or those at risk of developing severe Covid in case of a breakthrough infection may be tested for protective antibodies after the mandated number of doses are received, to assess the immune response.

Circulating protective antibodies are only a surrogate marker of immunity against Covid.  Memory B cells can trigger an immune response anytime the body is exposed to the virus again in the future. Similarly, T-cell mediated immunity can also come to the rescue. Hence, serological tests alone may not be reflective of the effectiveness of the immune response. However, antibody levels, especially if measured within few weeks of full vaccination, are reasonable indicators of immune protection.

Until we have more robust evidence, it may be prudent to consider giving a booster dose to those whose immune response is low or absent as assessed by protective antibody titers in serological tests.

While currently we use the same vaccine as a booster dose, various studies are trying to determine whether being administered a different vaccine with higher immune reactivity will serve better as a booster.

Amongst the existing vaccines, those based on the mRNA platform have demonstrated the most robust antibody responses. It stands to reason that those with poor immune response may consider getting an mRNA-based vaccine as booster. The evidence on the safety of cross-over vaccines is building up. Current evidence has demonstrated the safety of the strategy of mixing different vaccines.

“Not all abnormalities detected during pregnancy are lethal”