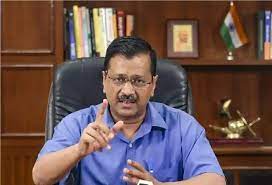 The Chief Minister said, it was a massive fire, many people were killed and their bodies were charred to the extent that they could not be identified. He said, Delhi Government has extended the necessary help to identify the dead

Deputy Commissioner of Police (Outer District) Sameer Sharma said, 27 bodies have been recovered, but 25 of them are yet to be identified. He said, the forensic team will check DNA samples

Mr Sharma said, missing complaints have been registered in respect of 28 persons. He said, rescue operation is on and the NDRF is checking if there are more bodies. The DCP said, a total of 50 people have been rescued so far

Delhi Lieutenant Governor Anil Baijal has said that he is deeply pained by the tragic fire incident in Mundka. In a tweet, Mr Baijal said, despite best rescue efforts many precious lives were lost. He expressed condolences to the bereaved families and prayed for speedy recovery of the injured

The Lieutenant Governor said, even as we go into the details of causes behind the tragedy, immediate steps should be taken by all concerned to ensure that such incidents do not recur

President Ram Nath Kovind and Prime Minister Narendra Modi have expressed grief over the tragic incident. The President extended condolences to the bereaved families. In a tweet, he wished for speedy recovery of the injured

Prime Minister Modi said he was extremely saddened by the loss of lives in the fire incident. He said his thoughts are with the bereaved families. Mr Modi wished speedy recovery for the injured in the tragic incident

The Prime Minister announced two lakh rupees each from his Relief Fund for the next of kin of those who lost their lives in the fire. The injured will&nbsp; be given 50 thousand rupees