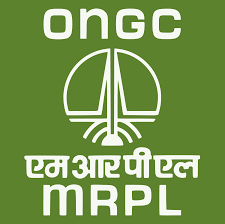 New Delhi: The swift sacking of a senior managerial level employee of Mangalore Refinery and Petrochemicals Ltd (MRPL) has sent shock waves among the Public Sector fraternity. Lekshmi M Kumaran with Employ Code 11708, holding the post of GGM (Marketing Co.&Branding) and First Appellate Authority, (as per the Company website) was hurriedly removed from service on October 12 this year, without even allowing her “to pack up personal belongings” from the office she worked for 13 years plus. The lady officer was inducted to the company as Deputy General Manager in May 2007 and in a span of 13 years she was elevated to the GGM, considered a top position in the management hierarchy of the company.

Interestingly, the senior lady officer was fired from service for “some false information” provided while she applied for an executive position in MRPL way back in 2006.   According to facts available with the PNI team, the cause quoted for dismissal looks absurd and “likely to fall apart in a court of law if challenged properly.”  The reason for the dismissal is the “suspected genuineness” of the experience certificate the lady official produced about 14 years ago with her application for the post of Deputy General Manager (Corporate Communications).

Responding to a newspaper advertisement during the second half of 2006, roughly in the month of November, Lekshmi M Kumaran, then a manager, corporate communications, in Indian Oil Corporation (IOC), sent in her resume following which she was called for a personal interview. As per her version all relevant certificates on qualifications and experience were produced for detailed scrutiny and she was offered the position of a senior manager which she rejected, for she was already holding almost the same position in a coveted company like IOC.

As per the advertisement the required experience for the post of senior manger was 16 years in total and she had about 19 years of experience.  She had relevant documents to prove her experience and presented same during the personal interview. Consequently the applicant was invited for the personal interview and selected for the post advertised. However, she rejected the offer for she “was offered the equivalent position currently holding in a Navaratna company IOC-(MRPL is Miniratna-1)”, and the post was not filled.

It’s surprising; MRPL again released an advertisement with the same conditions. But now the call was for “Deputy General Manager, Corporate Communications”.  Every condition for the position was the same, including and the term of experience was also kept the same, 16 years. This suited Lekshmi. She applied for the post, attended an interview in March 2007 and got selected. On May 26, 2007, she joined MRPL, at its Mangalore Head Office in Karnataka, as Deputy General Manager (Corporate Communications), the position she preferred.

According to information privy to PNI she was elevated to five important positions in less than 13 years and the management First Appellate Authority, thanks to her “competence and alacrity in discharging duty”. But many wonder how this lady officer with ‘commendable competence” fell from grace overnight and was subjected to fired from so suddenly?

“There is more to her dismissal than meets the eye” says a retired official who worked with MRPL in a senior position, regarding the removal.

This officer who is privy to many information questions the dismissal of a senior lady officer like Lekshmi on a “filmy charges like mismatch in work experience.”

The officer has a point in asking “how could the management suddenly wake up and dig out her (Lekshmi’s) files and find out that the documents she provided were not authentic and did not have the kind of experience the post required?  This could be an act of vendetta planned and executed by someone who was displeased with her for some reasons.”

The argument of the retired officer sounded convincing. As per procedures, the applications have to be properly scrutinized before dispatching call letters. As per sources close to MRPL in Lekshmi’s case also the due process was done. Her application was first screened by a clerical staff and then by an E-1 level officer before it was presented to the Interview Board. The entire information and the names of officials involved in the selection process are with PNI, (but we do not wish to make the details public at this juncture.)

There were six senior level officers in the Interview Board, Headed by the then President Marketing. The then Head of HR of the Company and a senior executive from ONGC (Oil and Natural Gas Corporation, the holding company of MRPL) was also among the members of the Interview Board. Normally, the members of the Interview Board hold a pre-interview meeting to check the applications and then proceeds to interview the candidates. The same board will meet after the interview sessions are over to finalize their evaluation report. The same is forwarded to the Management and the Management to their higher bosses for final approval. After all these exercises the file is moved to the HR head for issuing the relevant order of appointment.

In short, there were almost 10 opportunities for scrutiny of the applicant’s credential before she was officially appointed. After appointments, on every stage of promotion, right from declaration of the mandatory probation, there has to be a proper scrutiny of the documents, which would have been done with due diligence.

The pertinent question is, if testimonials Lekshmi presented were not of doctored, fallacious or fabricated then how those involved in the process of selection and appointment could not detect the “lack in experience” of the candidate till she reached the GGM post? Was there any laxity in the process from the concerned officials? Is the lady executive ‘victimised’ for some other undisclosed reasons?

A senior Supreme Court lawyer said, “The dismissal is bound to fall apart in a court of law, if she is removed on the basis of such reasons. Not just that all those in her recruitment, from verification of her credentials to signing the appointment, will be held reasonably accountable.”   The lawyer further said, if the lady officer is able to prove in the court the malicious motive behind her dismissal the jury could initiate criminal proceedings against the ‘perpetrators’.

However the management has justified the dismissal of Ms Lekshmi M Kumaran from the company “based on a CVC order”.  Mr. Rudolf V J Noronha, who introduced himself on phone to PNI News as an official from legal MRPL’s legal department (later it was found that Mr Noronha  was GM corporate communications) had said  that “the lady officer was removed based on CVC charges”. Mr Noronha had promised to email all documents relating to the dismissal by EoD, October 15, 2020, but still to receive the said e-mail.  Interestingly there was no response from him for a reminder email sent two days later.

As the former retired official said it seems “There is more to her dismissal than meets the eye”.