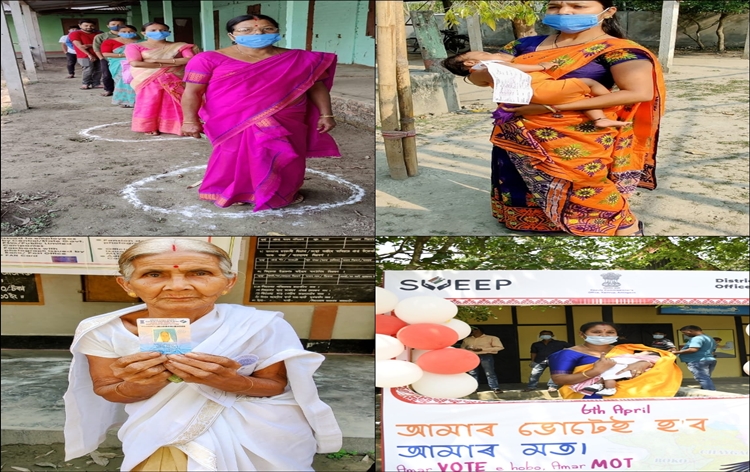 New Delhi: In the poll-bound states of Assam and West Bengal, polling for the third phase of assembly elections is progressing smoothly. Polling for the single-phase elections in Kerala and Tamil Nadu as well as the Union Territory of Puducherry along with the Lok Sabha by-polls for Kanniyakumari seat in Tamil Nadu and Malappuram seat in Kerala is also being held simultaneously.

People were seen standing in long queues in front of the polling stations right from the beginning. All the necessary facilities and security arrangements have been made to ensure free and fair polling during this phase.

The Voter Verifiable Paper Audit Trail (VVPAT) is being used along with Electronic Voting Machine (EVM) at every polling station, with a view to enhance the transparency and credibility of the election process.